At first glance, an open-plan office appears to be the perfect environment. At least that’s what magazines and major publications tell us. We’re inundated with images of stunning, modern, open office plans and idolize the immense, creative environment where employees actually engage in conversation and are (believe it or not) smiling at work. We’re drawn in by the abundance of natural light flooding in through the vast windows and the extensive amount of brand representation throughout the entire office demonstrating that the company and its employees are proud to be part of such an appreciable corporation.

But, that’s only the side that we’re exposed to. Until, of course, we’re transferred into one of these “magnificent” floor plans.

These collaborative working conditions might not be as pleasurable as the pictures make them seem.

What is an Open-Plan Office and Why Is it So Popular?

An open-plan office is a collaborative office space where individual workstations are not separated by walls, cubicle panels, room dividers or privacy panels. In most circumstances, a single long table or desk serves as workstations for multiple employees, and in plenty of situations, employees don’t have a specific workspace to call their own. The open office trend took off in the 2000’s, and now over 70% of all offices have implemented an open floor plan.

The floor plan acquired its popularity because of its intention of encouraging collaboration and communication between employees. After all, teamwork provokes more efficient, higher quality work, right? But most importantly, an open office was cost-effective. Business owners were no longer obligated to invest in numerous, expensive office cubicles, office partitions, private offices or the costly furniture required to outfit each workspace. CEO’s weren’t necessarily creating these new spaces for their employees’ well-being. The space was designed to benefit the business owners who were investing in the office solutions—who, ironically, are not required to work in this hectic environment.

Why the Open Office Fad Will Fail

The hectic environment, however, is only one of the many disadvantages of this popular office design. Open offices are bad for us for countless reasons, yet the multitude of disadvantages has not ceased this trending office layout from flourishing.

Open-plan offices can negatively affect every aspect of a company, not just its employees (which are arguably the basis of a company’s success or failure).

So, what’s next? Clearly an open-plan layout doesn’t benefit a company or anyone employed there. But, no one would rather be caged in an office cubicle either. What’s the solution?

As it turns out, the future of the open-plan office is not exactly an open layout at all, but a flexible office design. So, the open office plan isn’t necessarily dead; it’s undergoing changes. Of course, this doesn’t mean that companies are eliminating their collaborative, open environment altogether. They’re simply adding to it. There’s no “one-size-fits-all” working environment, as best stated by Craig Loeber, founding partner of WheelHouse Coworking. Factors such as employee personality, job tasks or requirements, and daily mood dictate the ideal work environment for each particular employee. You will never be able of pleasing every employee while only offering a single work environment (i.e. open-plan office or strictly office cubicles). A flexible office space supplies a multitude of workspaces, such as private work spaces, collaborative, group areas, huddle rooms, breakout spaces, etc.

Employers are no longer making all the decisions. Instead, employees choose their work environment as they are granted back control over their work setting.

Currently, this flexible office layout is often implemented in larger, wealthier companies, such as Silicon Valley businesses, simply because they have the money and space for a variety of work environments.

The open office plan began as a means of saving money on office cubicles and design, however, the layout is so destructive to employee productivity that they are actually resulting in a net loss. So, are more companies introducing the open-plan office because of its “benefits” and objectives or simply just its trendiness? Soon enough, we’ll see a drastic shift from the unproductive, inefficient open floor plan to the versatile, adaptable flexible office space. Things are looking up for the future of office design as the flexible layout overpowers the open office fad. 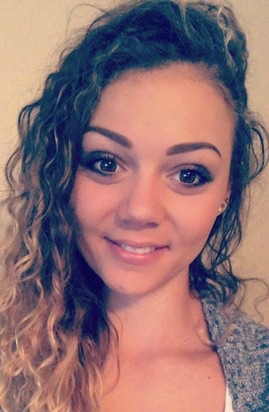 Taylor Landis is the lead content marketing specialist and cubicle expert with Skutchi Designs, one of the leaders in cubicle designs. She writes on everything from office interior design to architectural trends and small business topics.

Is Your Office Hurting Employee Productivity?

The most important element at work is being able to focus at work without interruptions. What's hampering productivity? The study found three key elements. Read more

Setting Up an Ergonomic Office

Whether you are a home-based solo entrepreneur, or own a business with dozens of employees, there are important steps to create an ergonomic office. Read more